1h30 or 2h game
(depending on number of participants)

We can play games at night as our fields are lit up! 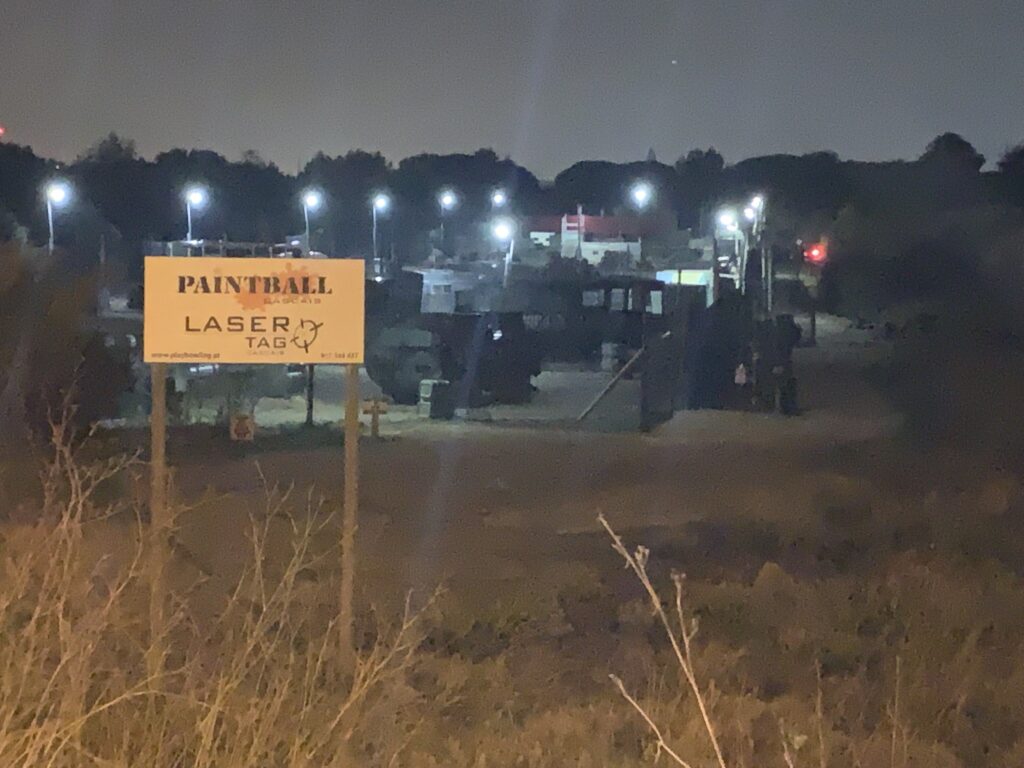 LaserTag is very similar to paintball, the big difference is that the shots fired are infrared instead of paint balls, which doesn’t hurt. It also allows you to shoot from almost 300 meters away and is played just like paintball outdoors.

The gun has a 360 degree sensor that is placed around the head and detects the person’s body. On the side of the weapon there is an electronic display that indicates the number of lives that it has, the number of bullets, how many opponents it targeted, how many times it died and the number of cartridges. Each time someone is shot, he receives a small shock / vibration in his head and will hear “I´m wounded” and the number of lives will decrease. When you hit someone you will hear the message you hit and if you hit the head you will hear “Head shot”, when a bullet passes by you will hear a wind noise from the bullet passing right next to you. When there are no lives left, the gun automatically shuts down.

To shoot from a distance, the weapon incorporates a red dot sight with a red light point that helps in the accuracy of the shot. 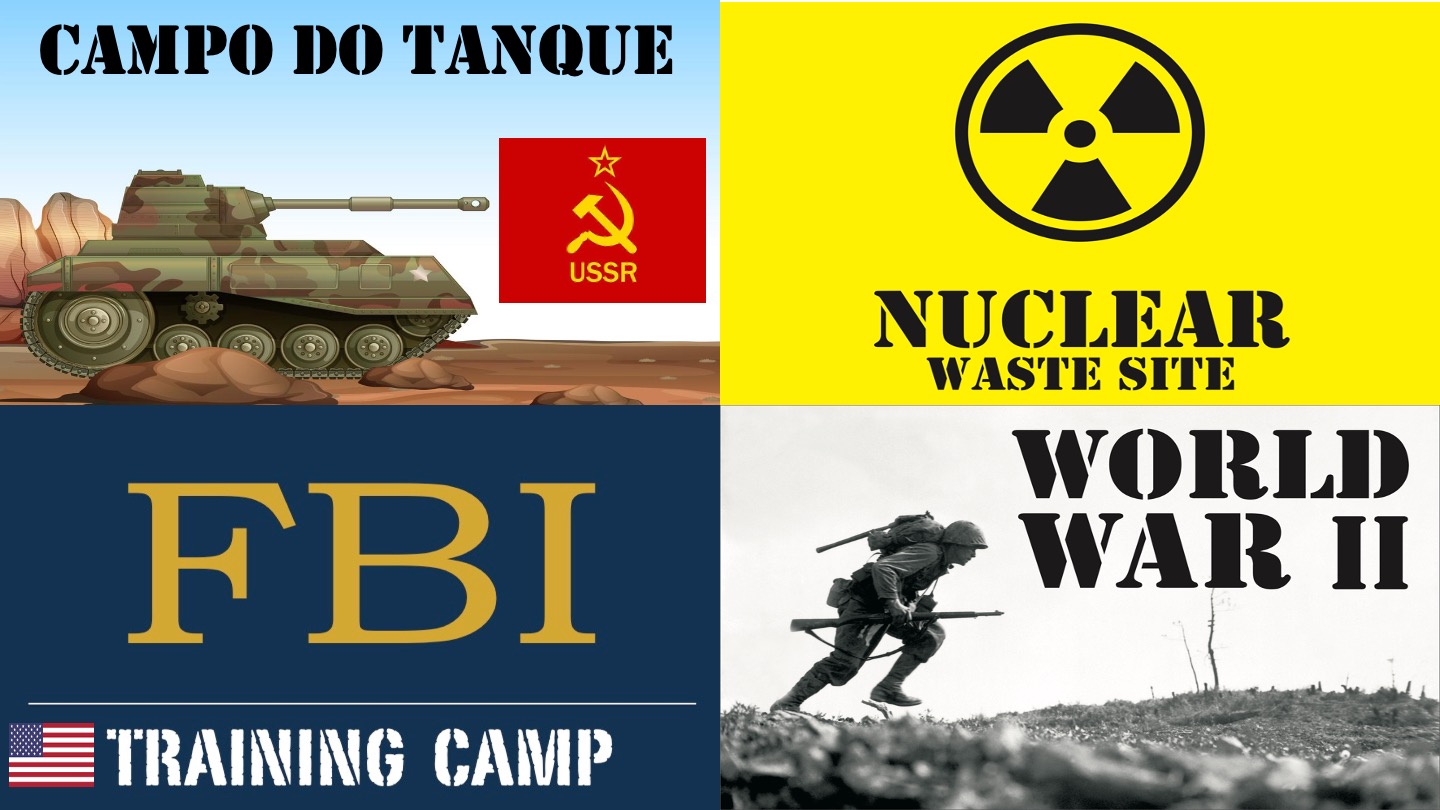 Meeting point in the parking lot of the Paintball fields at Rua Gil Eanes, 189-11 Murches 2755-229 Alcabideche. Be on time as you will lose game time if the event is delayed. 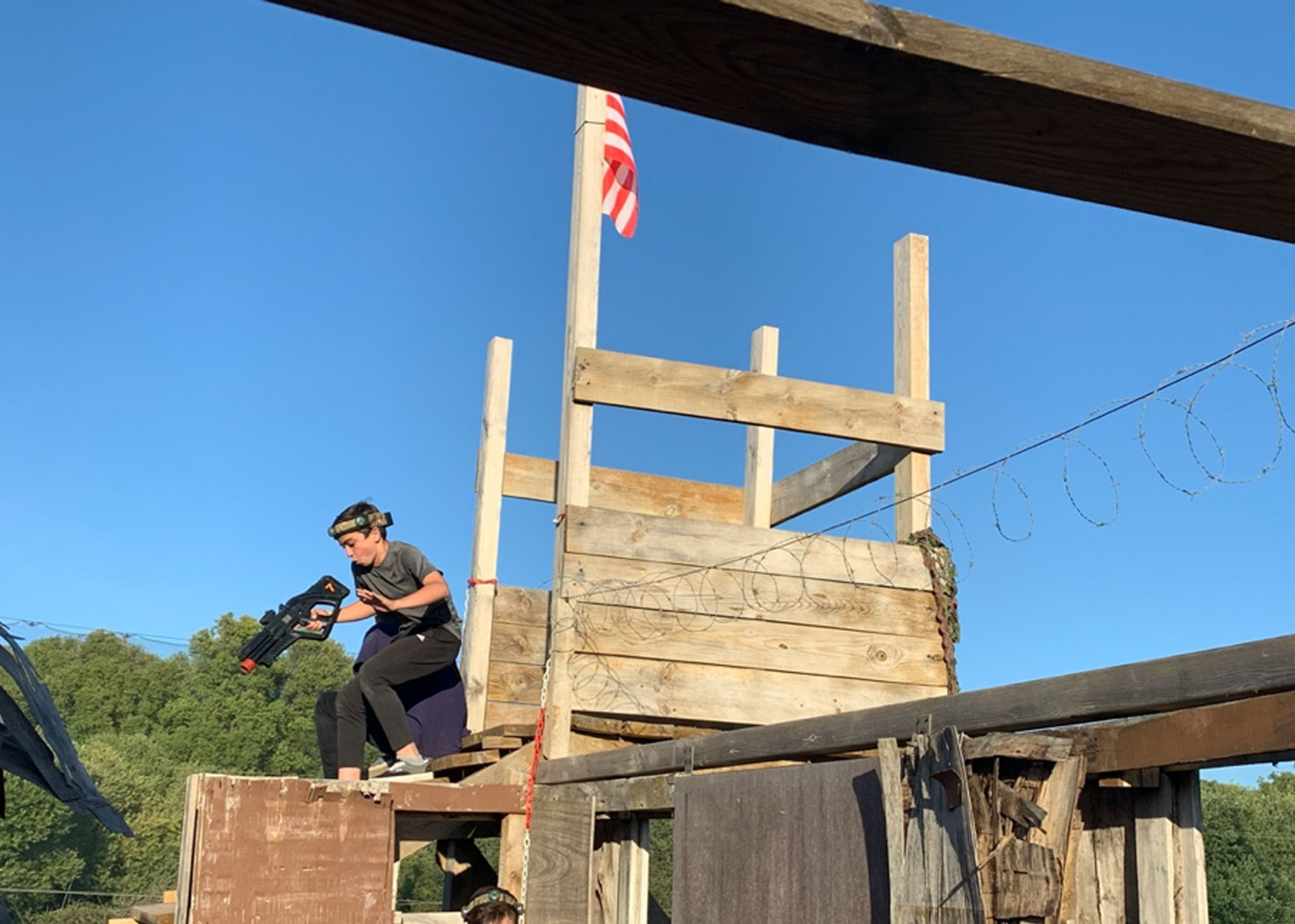 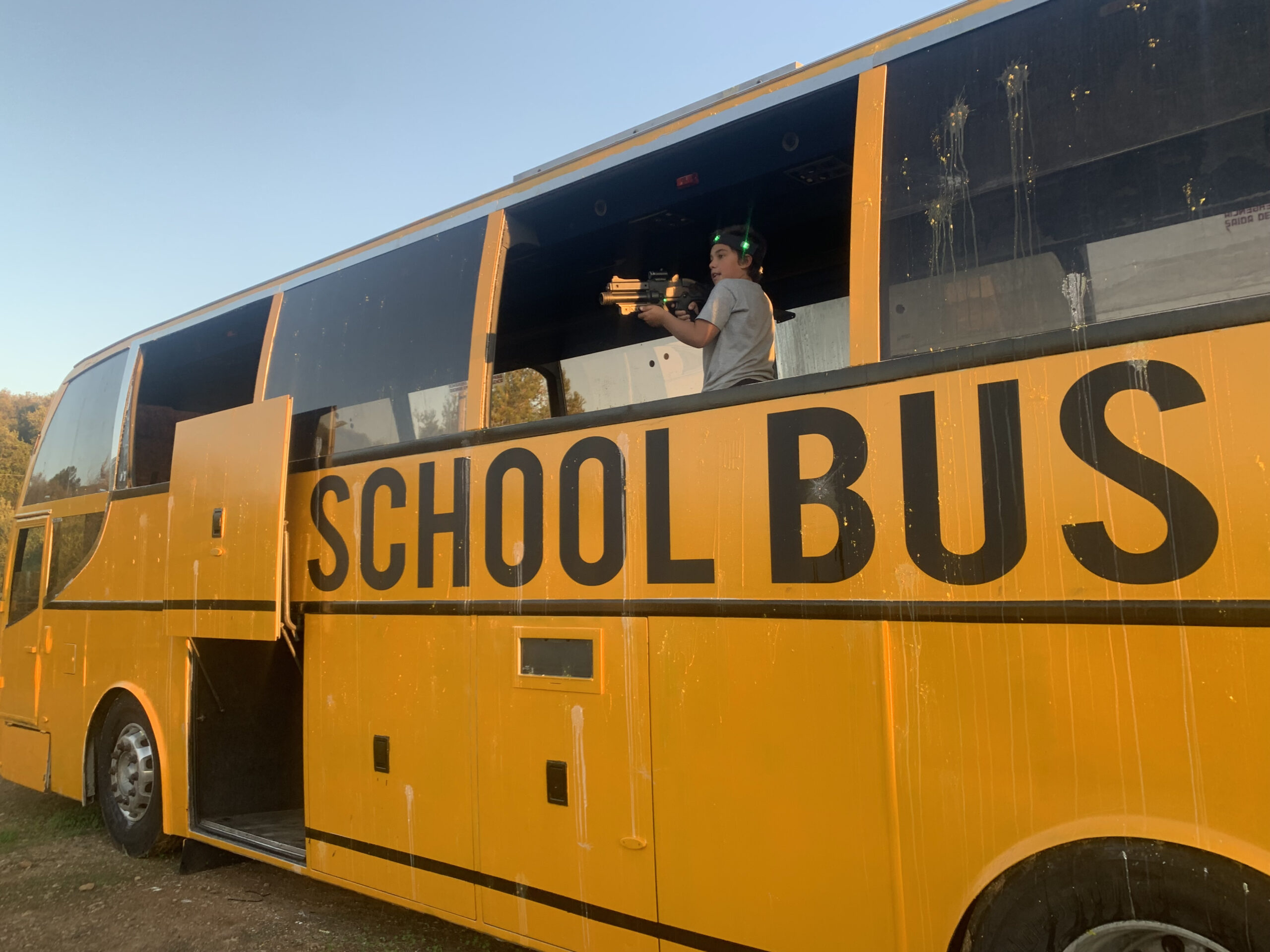 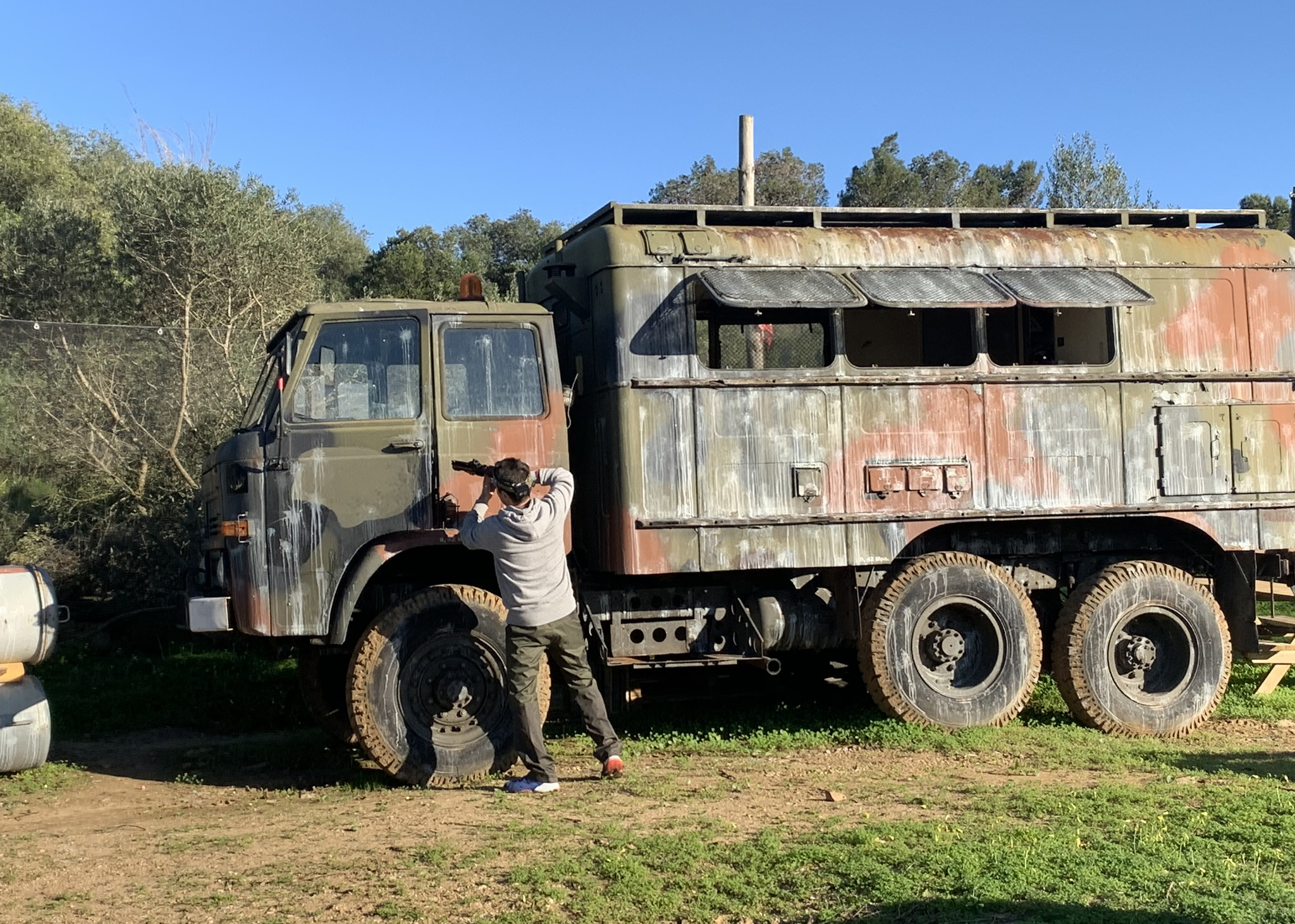 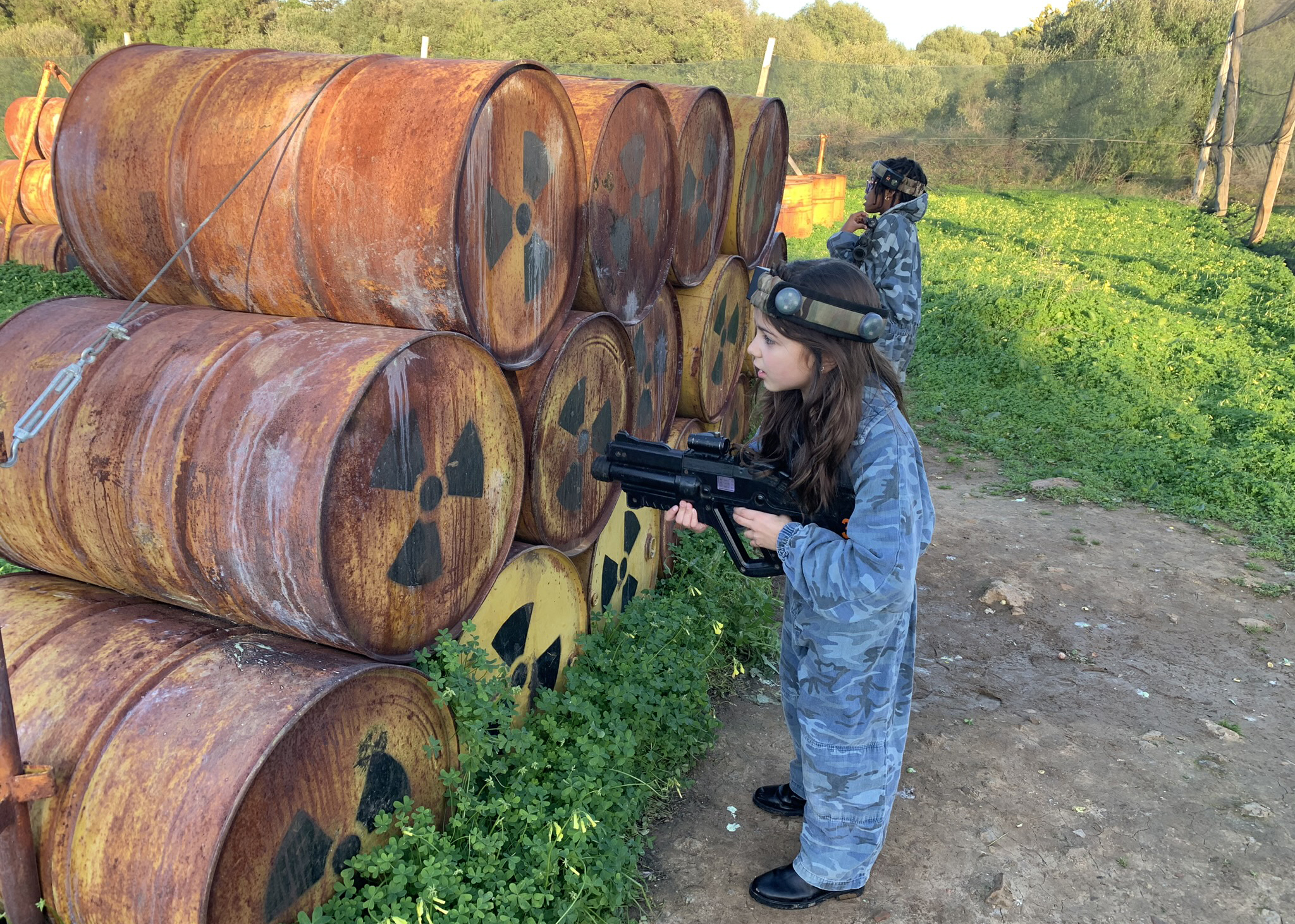 PLAY-AT-Home Events: We take the Event to your home/disposable land, ask for a quote here ricbowling@netcabo.pt”